Republicans have an “Independent” problem

PHOENIX (April 12, 2018) – Despite a closer-than-expected race, the GOP is in a strong position to win the Special Election for Arizona’s Eighth Congressional District on April 24th.

Arizona’s OH Predictive Insights and ABC15 Arizona (OHPI/ABC15) teamed up to find out who is winning and why.

We conducted an IVR survey on April 11th of five-hundred likely Special Election voters comprised of Republicans, Independents and Party Non-Declared in AZ-08. The sample is based on voter history, and respondents self-qualified as likely to vote in the Special Election. This survey has a +/-4.38% MOE.

“The GOP is in a prime position for a much-needed win as we head into the mid-term elections,” said Mike Noble, managing partner and chief pollster at OH Predictive Insights, a Phoenix-based leading behavioral research polling company. “With such a heavy GOP registration advantage this race appears a bridge too far for Democrats.”

The question everyone wants to know – Who is winning?  Here is your answer: 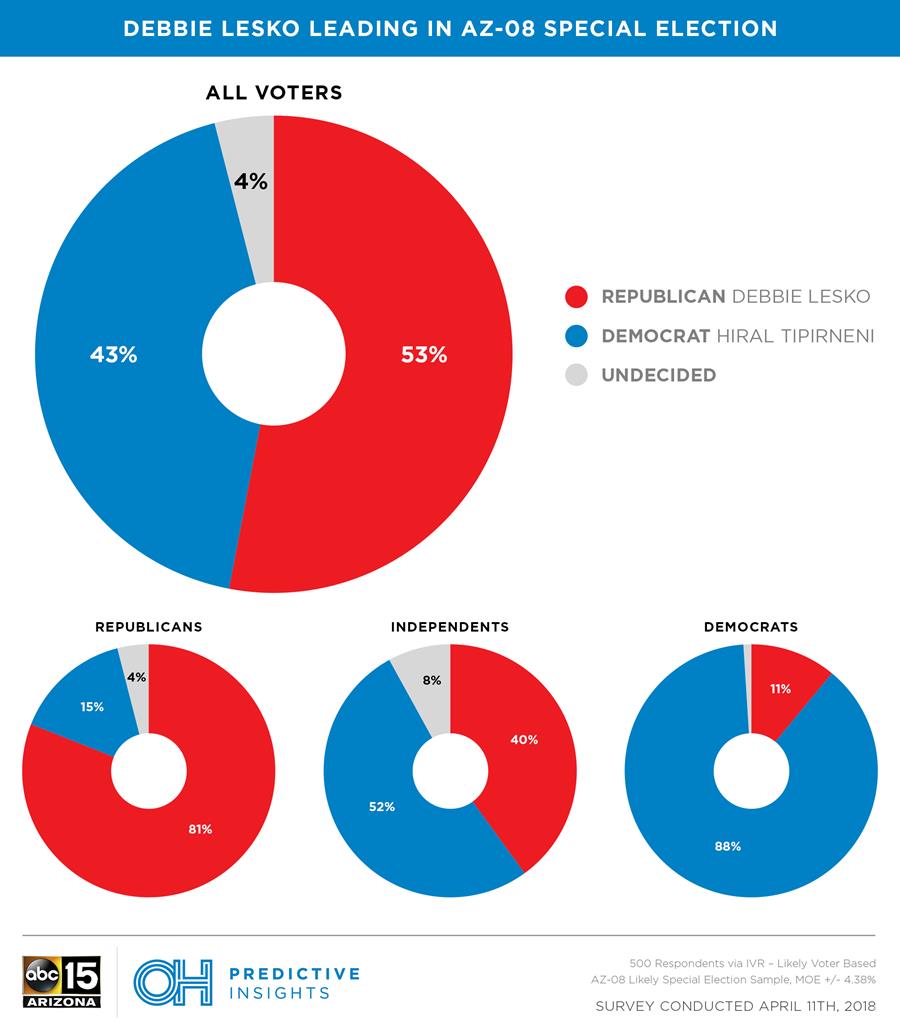 Republican, Debbie Lesko, leads her Democratic challenger, Dr. Hiral Tipirneni, by 10-points even though 14% of Republicans are voting for Tipirneni compared to just 10% of Democrats voting for Lesko. Tipirneni is winning with Independent voters by 12-points, but the heavy GOP advantage in the district negates this positive data point. Lesko does have a stark advantage over her opponent capturing two-thirds of voters with a high school or less education level.  AZ-08 is traditionally a solid red district although this race will be closest it’s been in decades – but likely not close enough.

“When the Democrat is up 12-points with Independent voters and up by 40 points with self-identified Moderate voters, that points to a problem in expanding their base for the GOP this election year,” said Noah Rudnick, Data Analyst at OH Predictive Insights.

Methodology: This automated survey was completed by OH Predictive Insights on April 11th, 2018, from a likely Special Election voter sample. The sample demographics accurately reflected party affiliation, gender and age in this IVR survey. The sample size was 500 completed surveys, with a MoE of ± 4.38%.

Wait, there is more…. Here is preview of what is coming up next! 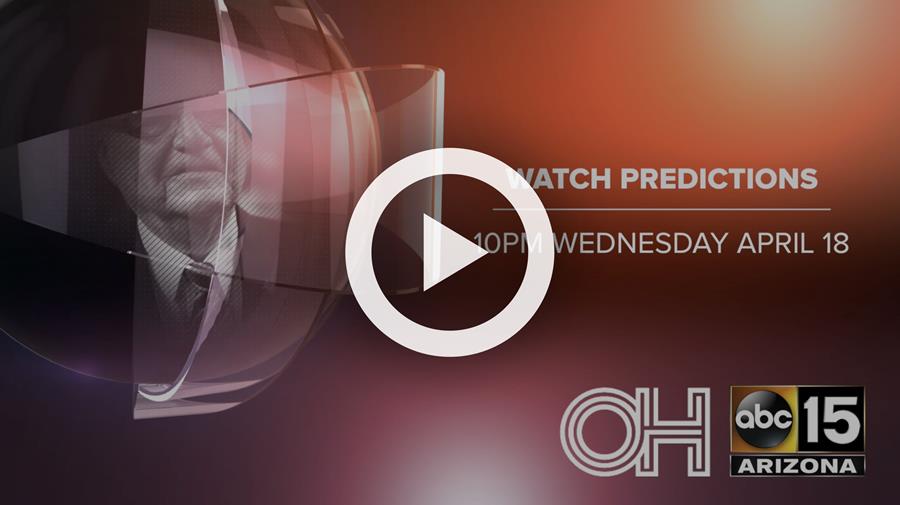