Outside Spending in Battle for the House Hits Nine Figures

Outside Spending in Battle for the House Hits Nine Figures

PHOENIX (July 12, 2018) – As election season heats up, the parties and outside groups begin to pour resources into districts and media markets. This includes the Republican and Paul Ryan-aligned Congressional Leadership Fund (CLF), which has reserved just over $63 million dollars in media markets and digital ads across the nation. This is more than a 50 percent increase from the $40 million spent in the 2016 cycle.

“The Congressional Leadership Fund has increased their reserved spending by $20 million dollars giving the Republicans a substantial advantage,” said Noah Rudnick, data analyst at OH Predictive Insights, a Phoenix-based research polling company. “You can see them gain the upper hand in key markets from Washington up to the reaches of Maine.”

The below maps shows the specific seats that CLF spent in 2016, then current spending in the districts. There is a lot of spillover from media market buys into non-competitive districts, and when the PAC determines which candidate they want to use the ads for, a clearer picture will emerge. Because they were for the old districts, any 2016 Pennsylvania spending was not included. 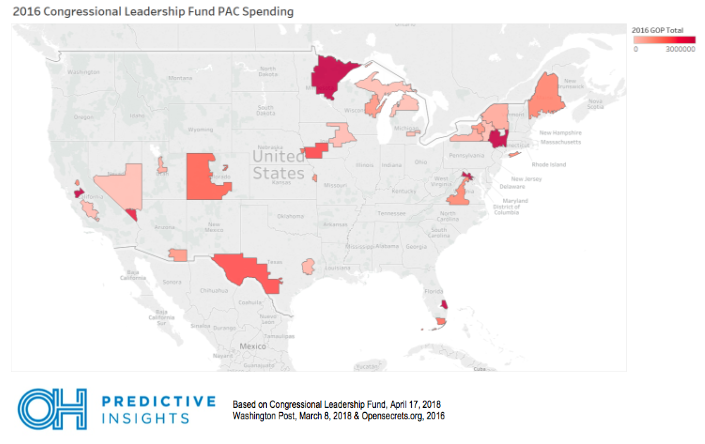 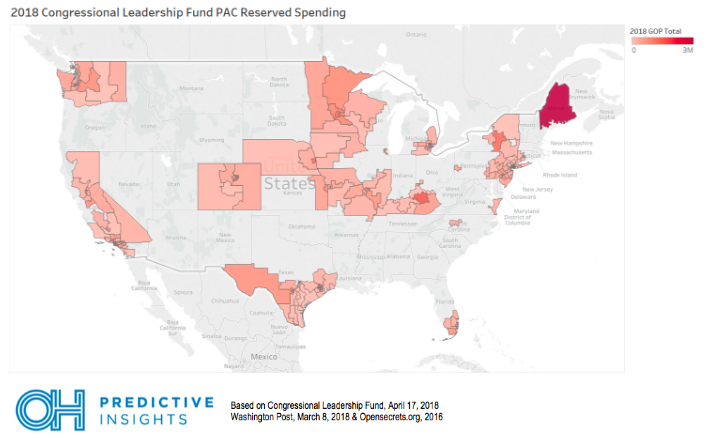 The map shows a couple new spending areas in 2018, specifically the targeted spending in Virginia’s South Beach district VA-2 and NC-13, where freshman Ted Budd may be facing a serious challenge. Another stand out is the spending in Washington, where the open suburban WA-8 is the focus of spending in the Seattle market and targeted digital ads in WA-5, for embattled Chair of the House Republican Conference Cathy McMorris Rodgers. There is also a ton of new spending in Maine’s 2nd, a rural district that went for Trump two years ago. The most recent standout is the high spending in the Lexington media market, which sits atop Kentucky’s 6th as Republican incumbent Andy Barr takes on newcomer and former fighter pilot Amy McGrath, after a viral ad gained her the attention and cash necessary for a primary upset. 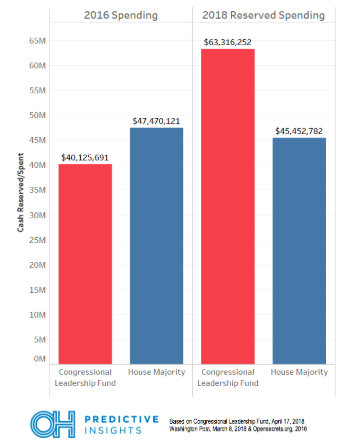 On the flip side are the Democrats, and their corresponding SuperPAC: The House Majority PAC. They are slated to spend around $45 million, on par with the $47 million in 2016. The one caveat here is while they have raised less than the Republican groups, they have not spent as much in digital ads and can ramp those up on short notice.

Unlike 2016, there is some spending in the Boston market, along with some other costly markets that contain potential suburban targets, such as Dallas (TX-7) and Chicago (IL-6). It also mirrors the CLF with new ad buys in Seattle and Lexington, implying that these will be real fights in the ramp up to November. 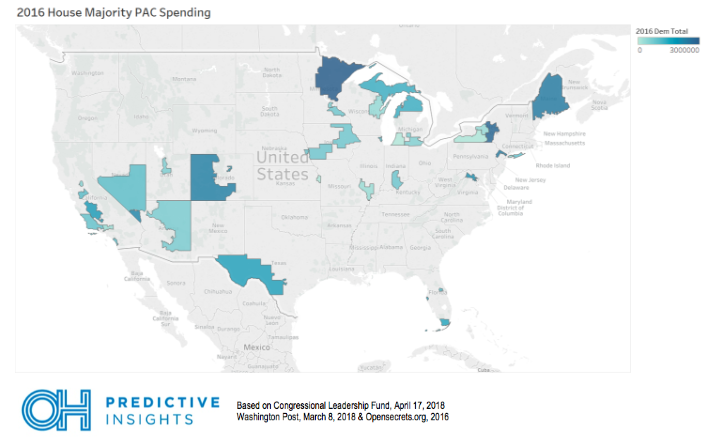 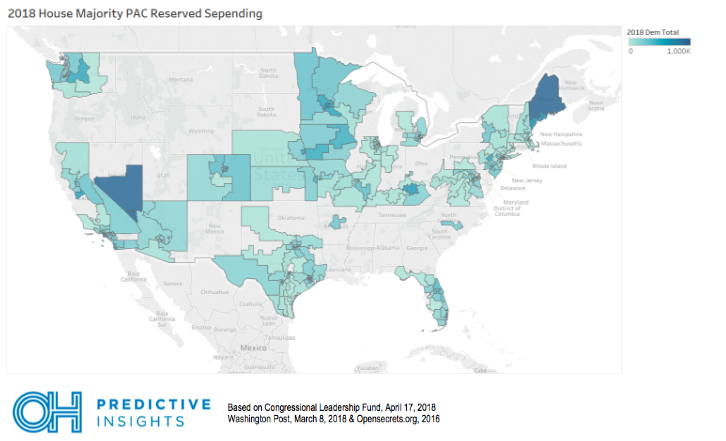 The last set of maps shows the current cash advantage for the parties in each district. Having spent more overall, the Republicans have the edge in places with a lot of spending, primarily in Minnesota, California, New York, and Pennsylvania. Democrats, however, are spending more in all of Iowa’s districts, where they had previously fallen behind in the perennial battleground IA-3 in the lower left corner. They also have spent $250,000 in Arkansas’ 2nd with no pushback. One of the reasons they are spread out in more markets is that unlike 2016, Democratic candidates are regularly raising enough, even over a million in some swing districts, and those get better rates and can cover themselves. 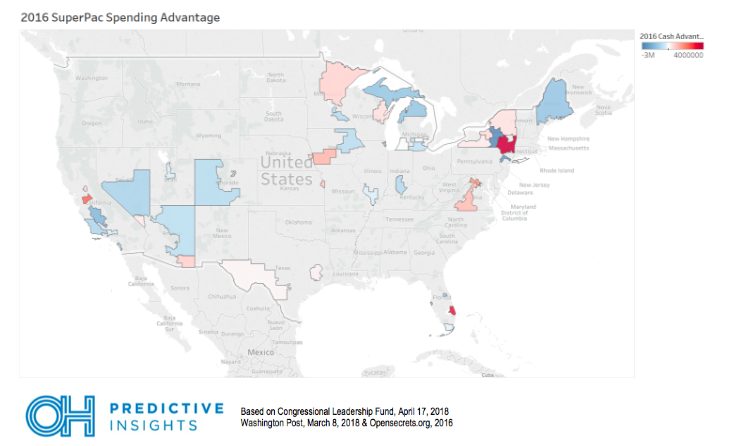 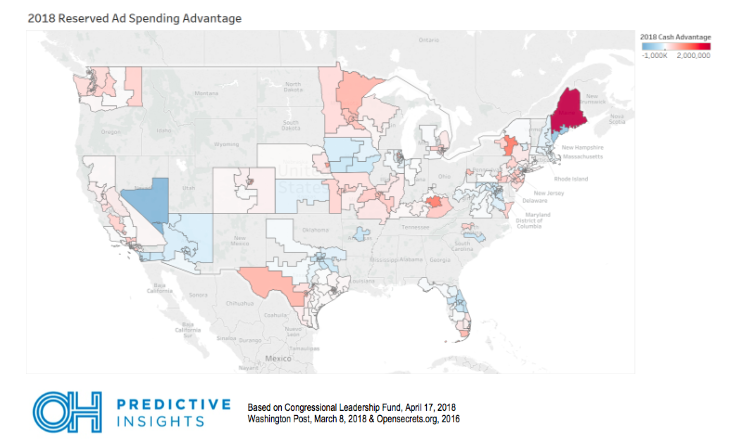 Overall, though the deluge of spending has only increased, it appears likely that it will become concentrated to a couple dozen seats where spending racks up, and that large media markets will eat up waste as it spills into non-competitive districts. The patterns and costs of media markets determines a lot about the fate of the House in 2018, and how much a PAC is willing to gamble could mean the difference between a flip and a hold.