A Breakdown Of The Financial Race In Arizona

A Breakdown Of The Financial Race In Arizona

Sinema has raised and spent more than McSally, but McSally has more cash on hand

“With the hottest race in the country nearing the end, we were curious to see how the candidates stack up in the race for cash,” says Chief Pollster and Managing Partner, Mike Noble.

The chart below shows how much money has been raised for the candidates and the burn rate, or how much of that raised money has been spent. Sinema continues to dominate the total cash raised category, sitting comfortably $3.2 million above McSally. Additionally, within her fundraising campaign Sinema has overspent by $155,022, leaving her at a burn rate of 101 percent. McSally has spent about $9.2 million (73 percent) of her funds, which shows she may be spending more effectively than Sinema or is holding back much needed resources, while the all-important early voters are deciding their ballot. 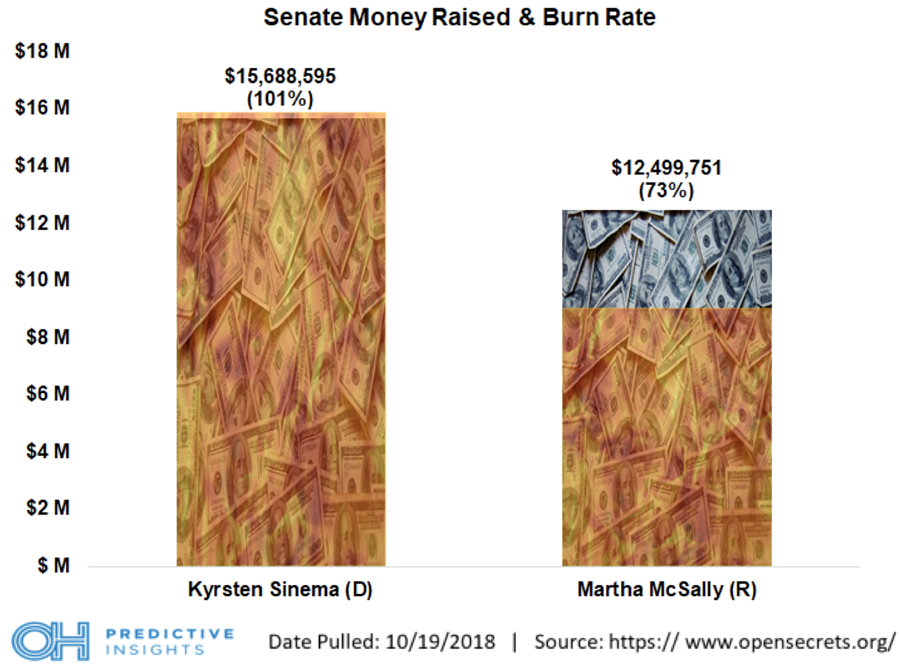 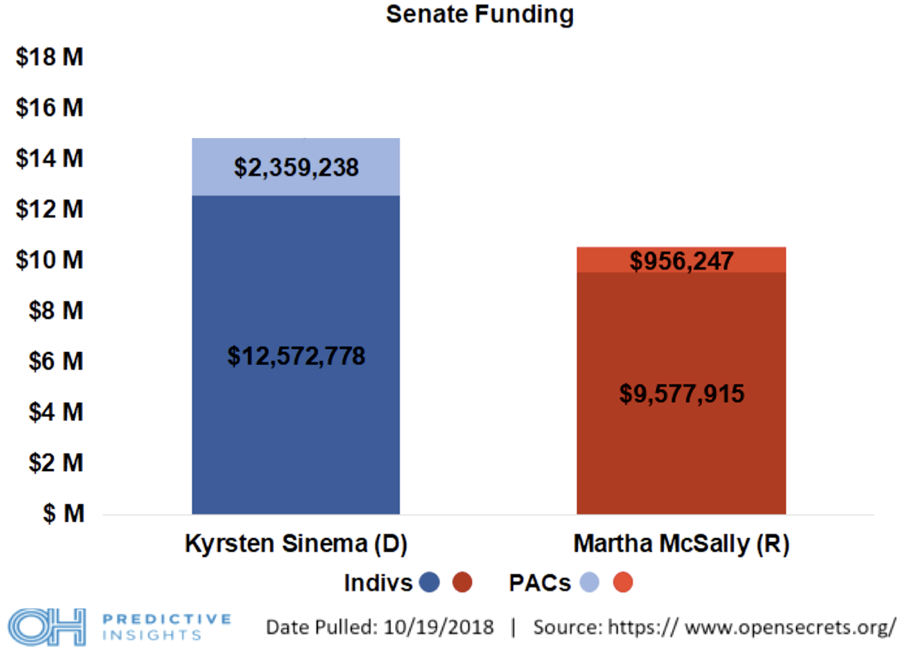 “Currently, McSally is being ‘outgunned’ by her opponent in the race for cash,” says Noble.

OHPI also took a look into the Arizona Governor’s race. When you look at the respective candidates’ campaign committees, David Garcia is being outspent two to one by Governor Doug Ducey. At this point, the race is an uphill battle for Garcia, with our Governor poll results showing Ducey ahead by double digits. This is mainly due to Garcia being outspent by almost $3.4 million, as seen in the chart below. 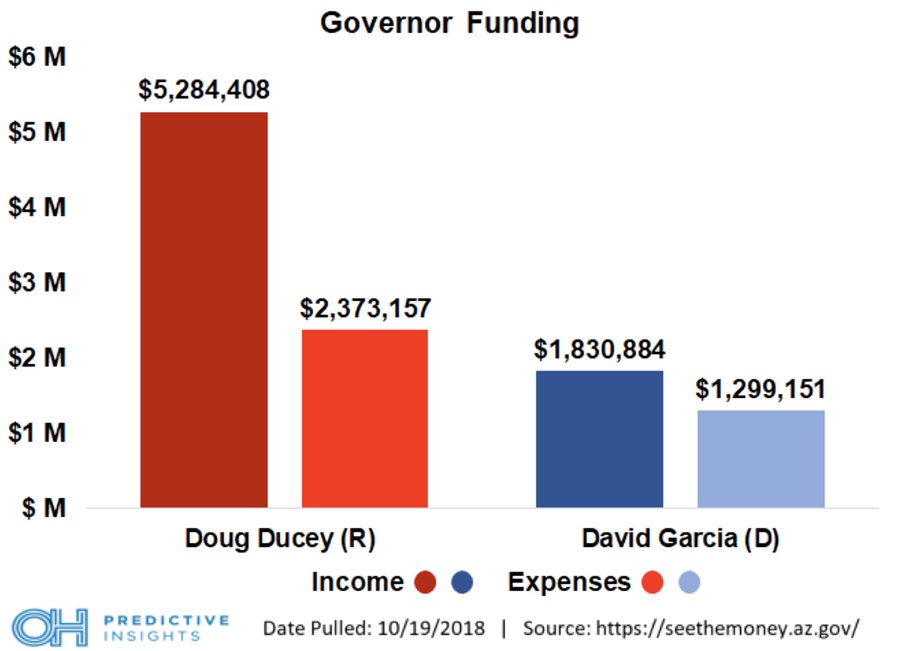