PHOENIX (Sept. 13, 2018) – A new poll from OH Predictive Insights, a Phoenix-based research polling company, shows that Arizona Senator Jon Kyl is viewed favorably among 56% of Arizonans. Kyl, who was selected by Governor Doug Ducey to replace the late Senator John McCain, also has a high rating among Arizona residents: two out of three approve of the pick. Not only is Kyl highly favored by Arizona, but also few residents have a negative view of him: 16% consider Kyl unfavorable and 20% disapprove of him as the pick for Senator. 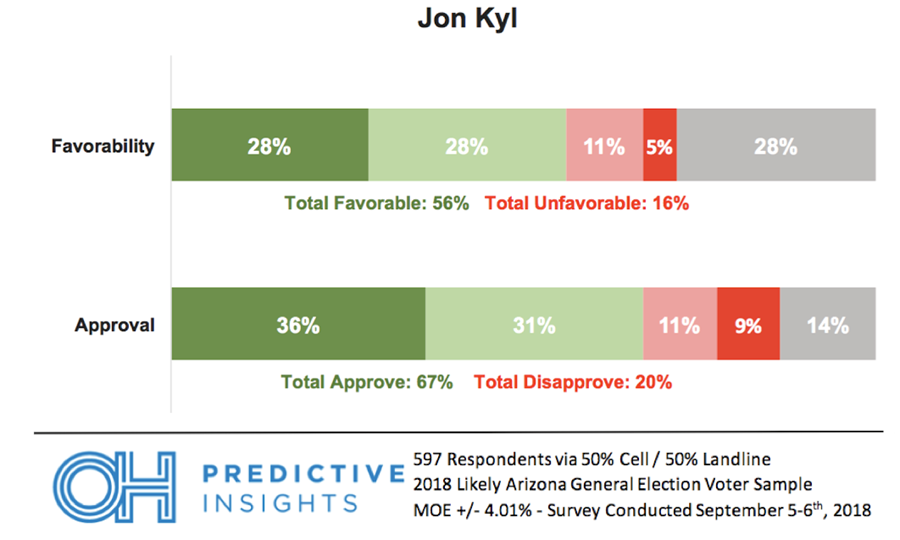 Methodology: This 50% live caller and 50% automated phone poll was completed by OH Predictive Insights on September 5, 2018 and September 6, 2018, from a likely 2018 General Election voter sample. The sample demographics accurately reflected party affiliation, gender, region, and age. The sample size was 597 completed surveys, with a MoE of ± 4.01%. Poll report for the General Election poll can be viewed here.